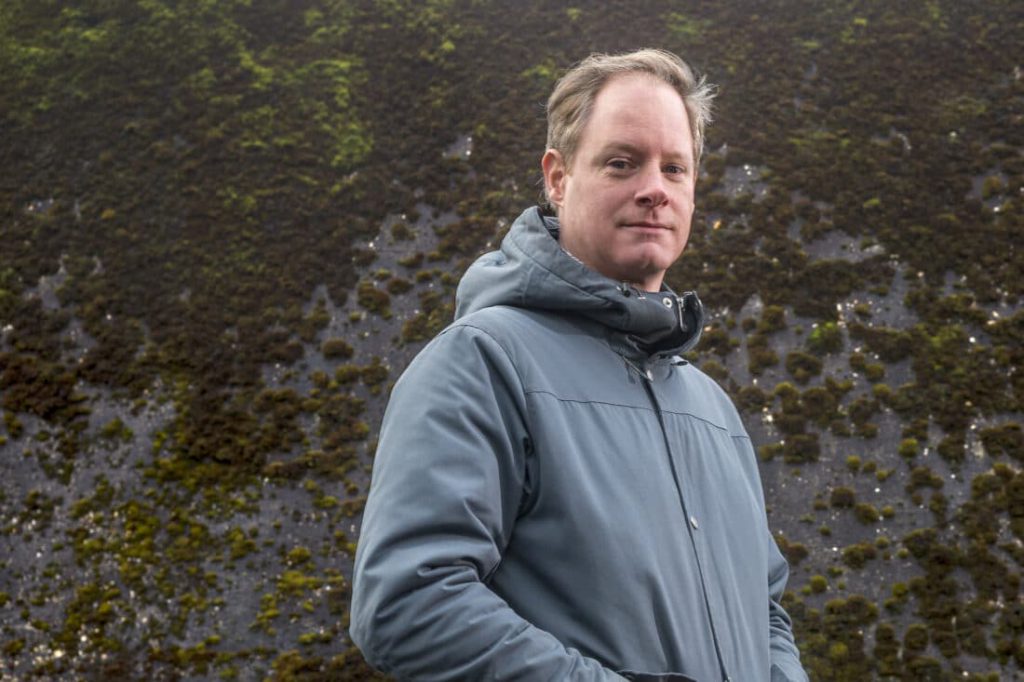 For geologist Wijnand van Eijndthoven from Groningen, a new, exciting period will begin. Ever since 2017, he has been working on a groundbreaking method to automatically predict the permeability of rocks in the deep underground on the basis of mineralogy with his company Deep Atlas. This year, Van Eijndthoven hopes to bring the technology to the market, partly thanks to an investment round from the NOM, G-Force Capital and RUG Ventures.

The data collected and analyzed by Deep Atlas is needless to say of great value for the gas- and oil-industry, CO2-storage and especially for the extraction of geothermal heat. ‘It’s an important aspect to understand the deep underground’, as clarified by Van Eijndthoven. ‘Compared to existing techniques, a much better insight is given about the permeability and the structure of the relevant rocks. In other words, you get a really detailed understanding of the (clay) minerals in between grains of sand. And yes, if you know that, you are able to plan or optimize a drilling.’

In order to examine whether a drilling will be successful or not, Deep Atlas carries out so-called Short Wave Infrared (SWIR) tests, scans of rock samples from the deep underground that are analyzed for flowability for (potential) drillings. It looks at to what extent the measured rocks let through fluids and gasses. The scans are made using an advanced hyperspectral camera that has recently been acquired by the company. Thanks to this costly camera, differences come to light that aren’t measurable by a normal camera or the human eye. Deep Atlas is the first Dutch company that can make an estimate whether a drilling location is appropriate, or how a drilling can be made more promising.

Cost reduction
Particularly when drilling for geothermal heat, it is essential to map the permeability of rocks in detail. Simply because large volumes of hot water need to be extracted from the underground. Geothermal heat is a sustainable source of energy and is seen as the perfect alternative for fossil natural gas. Because deep drillings are needed for the extraction, substantial investments are normally required. ‘Our method is however relatively cheap, compared to other methods’, says Van Eijndthoven. ‘… resulting in a considerable cost reduction, for example in the planning of drillings.’
Early stage investment
In short, Deep Atlas’ technology can play a nice role in accelerating the energy transition. ‘A lot of parties are reluctant to finance these early stage risky companies. Parties like the NOM, just like G-Force Capital and RUG Ventures can make the difference for young startups. With early stage investments, we hope to stimulate innovations in the region, so that promising initiatives like Deep Atlas are given the space to develop.’

For a while, Deep Atlas has had a well-working prototype, developed closely together with the University of Twente (UT) and the University of Groningen (UG/RUG). ‘The University of Twente has helped us in conducting a successful feasibility study’, says Van Eijndthoven. ‘After that, a prototype has been built of a fully automated workflow that measures and analyzes the rocks and thus determines the mineralogy. Subsequently, with the help of the University of Groningen, we succeeded in making an accurate prediction of the flow behaviour using machine learning. At the moment, we’re only a few steps away from being market-ready later this year. Everything points to a quick and above all successful introduction.’

Find out more about Deep Atlas on their site!